the dark would preview event


6 February 2013 at London's Southbank Centre sees a preview event for The Dark Would, a new anthology of text artists and poets, edited by Philip Davenport.

I believe the books is due in March, and I think there's going to be an online version, though no dates or further information yet. 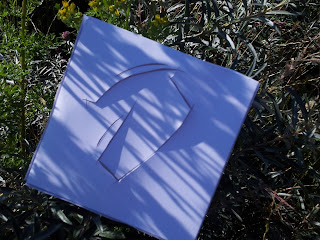 The photo is a colour version of one of a series I took of my own visual poem boxes last summer for the anthology. I suspect that particular photo won't feature, and in any case all the photos I submitted were rendered black and white first.

The 6 February event features a set of readings and a panel discussion by artists and poets. Chairing the discussion and fielding audience questions is The Dark Would editor Philip Davenport, with a select panel.

It's free, but space is limited. To book your place email specialedition@poetrylibrary.org.uk

You'll hear a lot more about this from me as we move towards publication.
Email Post

i hate the lockdown